The AMC Probe is very simple to use and understanding one or two of the basics will allow you to get the most out of your electrical cookware. The easiest is to think of your probe functioning in a similar way as your oven, regulating the temperature for you. 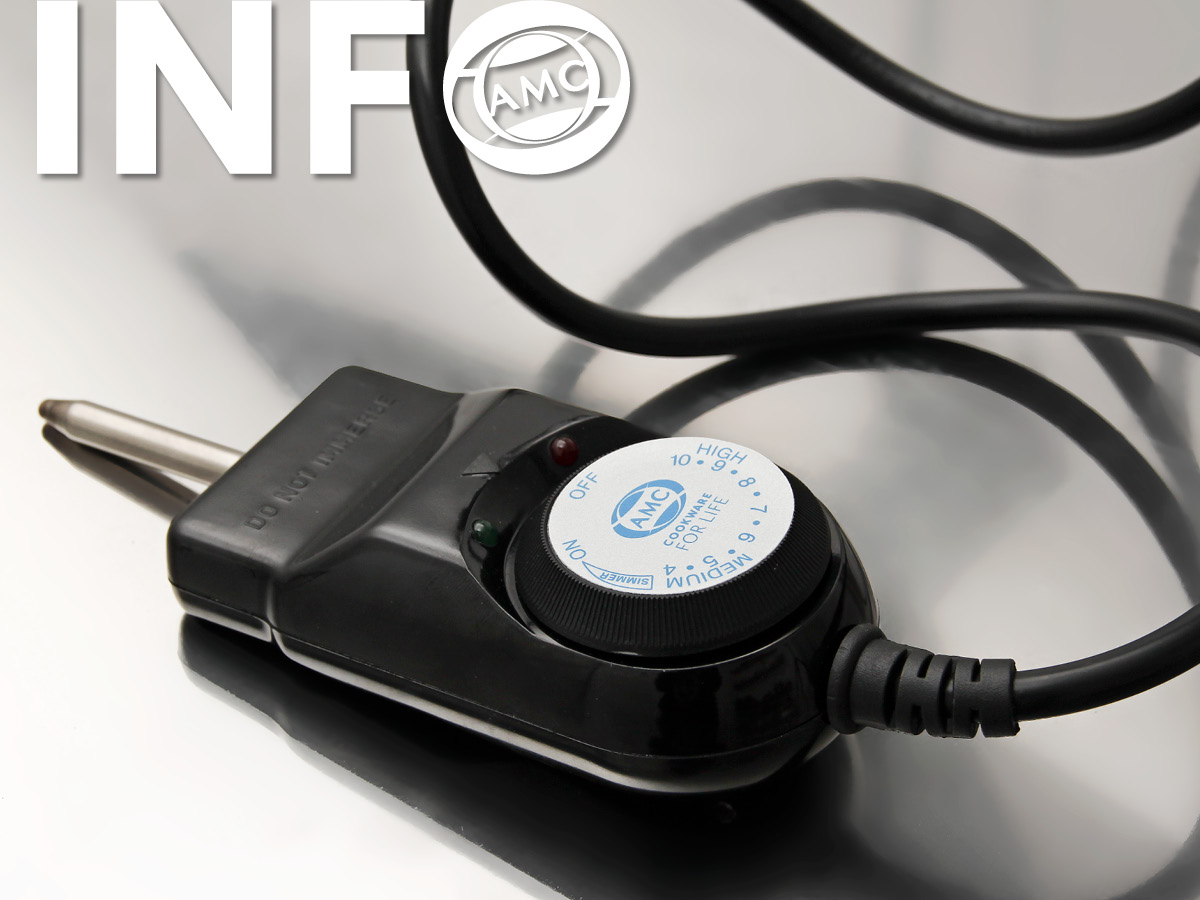 The AMC probe has a red and a green light. The red light will shine when electricity is supplied from your wall socket - your AMC unit will not heat up. The green light will shine the moment the probe is turned "on". This light indicates that your unit is heating up. As soon as your unit reaches the desired temperature, the green light will switch off. This light functions like the light on a conventional oven - it switches on when the unit is heating up and switches off once the desired temperature has been reached.

The probe will now control and maintain the chosen temperature until you change the setting manually. If you reduce the heat, the unit's element will begin to cool down to the new setting, when the green light will turn on again. The probe controls the temperature by going through a continuous cycle within the range of each setting. Don't be tempted to increase the heat, even if you think you food has stopped cooking - the unit will become too hot and burn the food.

Inserting the Probe
Insert the probe into the socket. Ensure that the dial is set to the OFF position, then insert the plug into the electric wall outlet and switch on. The red light on the probe will glow to indicate that there is a supply of electricity, but the 40 cm Magnum will not heat up.

Removing the Probe
Once the cooking is completed, turn the probe to the OFF position and remove the plug from the electrical wall outlet. Remove probe from unit, wipe clean with a damp cloth if necessary, and store in a dry place. 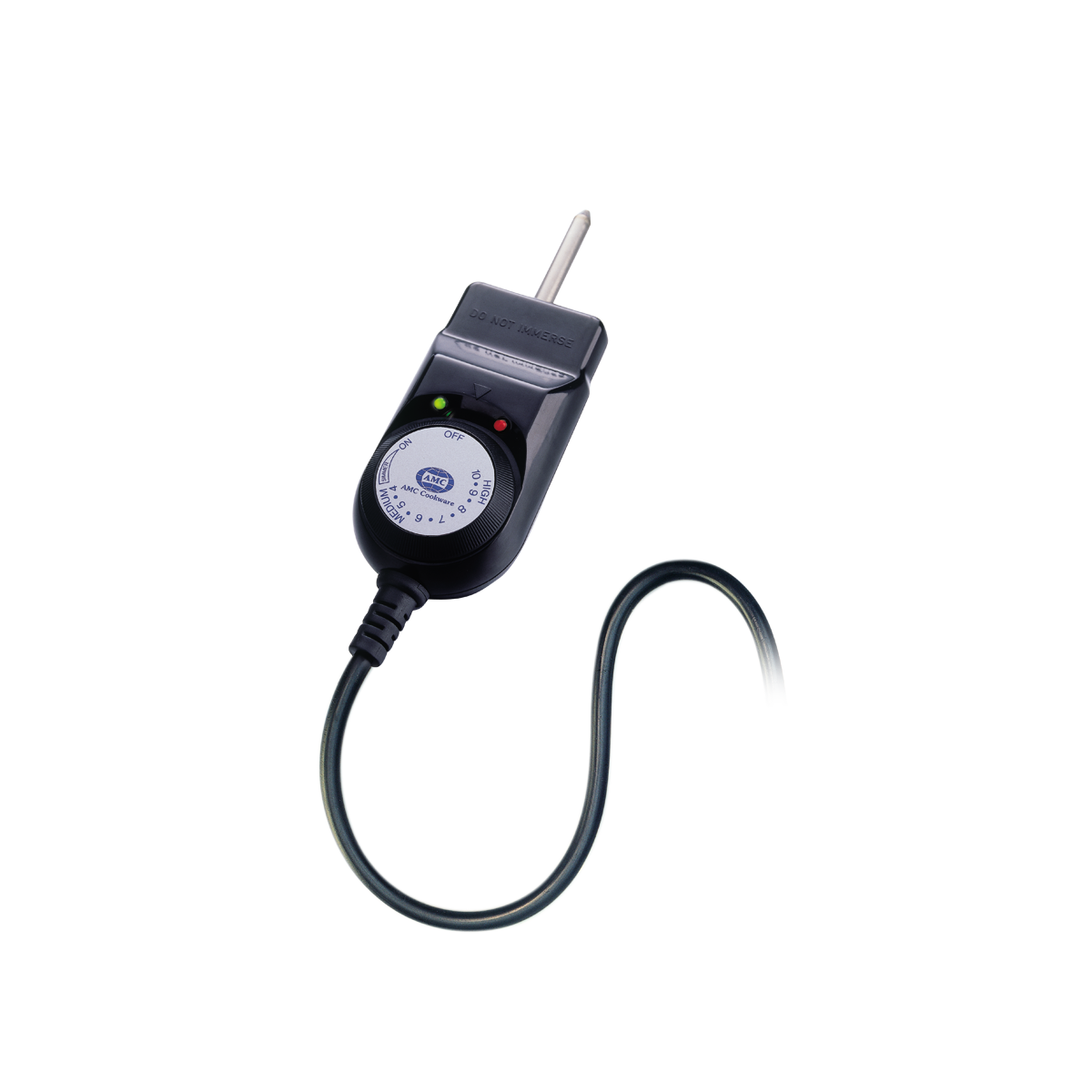 how to use your AMC probe!